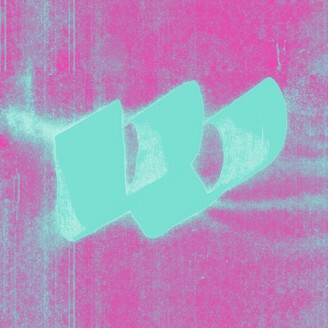 Ever since hearing Pete Tong announce Chica Wappa as his Essential New Tune back in 2004, weve been following the bold Alex Smoke on his musical journey. Coming from Glasgow, weve shared a lot of common influences - both from within and outside of the city and we have Alex to thank for introducing and strengthening our love for the likes of Villalobos, Rhythm & Sound, Carl Craig and Actress, amongst others. Although he was a familiar face on the minimal scene, he always operated on his own terms and thats a throughline weve admired throughout his career. Not only is he comfortable releasing techno on Soma and R&S, hes produced for ballet, films and even the NHS. Over the years, Alex has played at a few seminal parties for us; alongside the likes of Oni Ayhun, James Holden, Helena Hauff and Veronica Vasicka. So we were delighted to be approached by him to work on a record together and its been really exciting to hear it evolve over time. It would be arrogant to compare it to Thom Yorkes - The Eraser, but it certainly occupies a similar world in our mind. To still be producing innovative and inspiring albums 15 years into a career is no mean feat in this age and its a great honour to welcome such a musical hero on to the label. As with the last Auntie Flo album, were also lining up a very special remix package with a swarm of our favourite producers of the moment and we cant wait to share them with you too over the course of the year. *Huntleys & Palmers