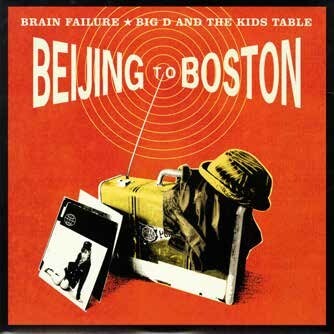 Big D and the Kids Table has always been commended by the underground music scene for their do it yourself mentality. And with their new record label imprint "Strictly Rude records", Big D has been firing off vinyl of their most celebrated albums. "Beijing to Boston" is a split album featuring Big D and the Kids Table and China punk act Brain Failure, it was released 2007. Big D is the first American ska-punk band to tour China. This beautiful colored vinyl has some of Big Ds most celebrated tracks * Strictly Rude.