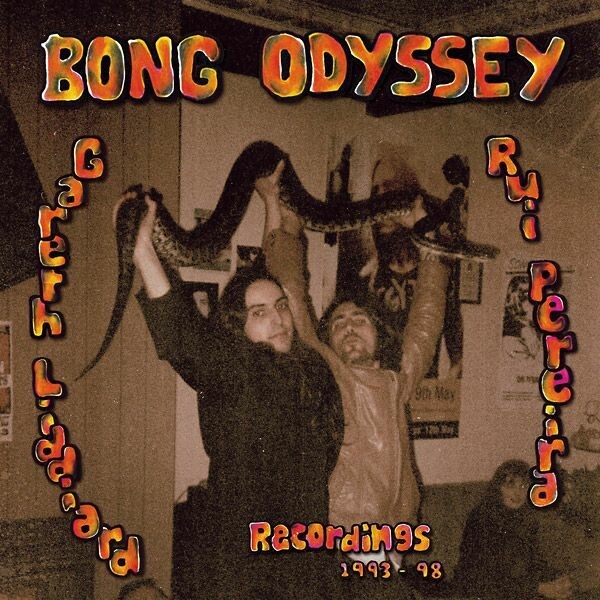 What was before The Drones and even before The Gutterville Explendour Six? This!!!! Gareth Liddiard and Rui Pereira seeding the seed of noise and distortion in the period 1994-1998 in this project which recorded this never before released brutal album of what is 100% The Drones sound!!!! Dont miss it, this is a very good advice."Bong Odyssey is a bunch of stuff Rui and myself recorded in the mid-nineties after we left high school. We were total music nerds into stuff like Suicide, Husker Du, Psychic TV, Merzbow, Big Black, lots of free jazz, Stravinsky and all sorts of weird shit. We lived in Perth which meant we didnt have many friends into the same stuff so we just worked at our jobs then came home and smoked weed, took acid and everything else, drank booze and messed around on our tape machines. We had a tonne of music gear like synths, Hammond organs, drum machines, lots of weird effects units. None of that shit was cool then so we could afford to own it. We werent playing many gigs. Wed done the crazy fast and heavy punk thing and were moving away from that, as you can tell. We basically jammed and recorded songs at night with no intention of doing anything other than blowing our own minds. Our neighbours hated us and we were always being evicted. I have no idea what people will make of this stuff cause it is super weird and fucked up. This is before the Gutterville Splendour Six and right at the beginning of the Drones. When we moved to Melbourne in 2000 to do the Drones thing we sold all of our shit and wound up with guitars only. So naturally we became a guitar band. But between 1993 and 1997 or 1998 we did everything in almost complete isolation without anyone elses input on all sorts of instruments. Western Australia was so out of touch with the rest of the world and we were so out of step with Western Australia that we just disappeared up our own arses. Bong Odyssey is crazy music for crazy musics sake. Pure and simple."Gareth Liddiard 2018 * Bang!