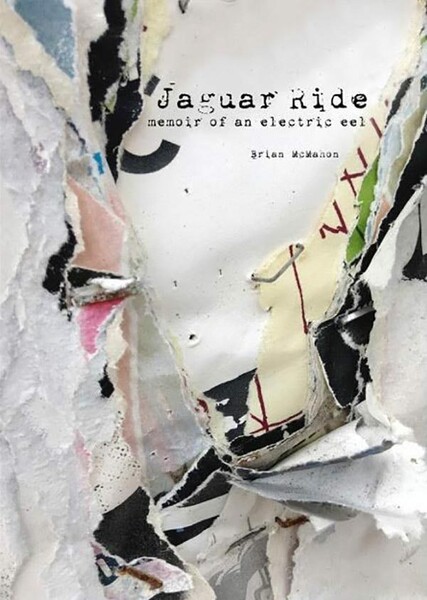 The electric eels have left a serious scar on the face of music like few other originals have so far, a complex yet primitive pulsation of audio animosity shot through the universe right at the exact moment when nobody could comprehend it. Chicago may be the Midwest hub population-wise, but we all know that Ohio was Punks true Mesopotamia, and nothing spells that out more succinctly as the electric eels. Founding guitarist Brian McMahons long-awaited memoir of his wild proto-punk days is finally here, the first-ever book covering the primordial ooze of Clevelands wiry mutants in all their prickly-detailed glory. Over the course of 300 pages, you can really crawl inside the brain of one of Americas finest overlooked musical miscreants, a fascinating glimpse into the vivid details and sickening dreams of one half of the songwriting contribution to the electric eels demented noise. To be so ahead of their time with so little to lose, now just the utterance of their name holds instant reverence with the punk cognoscenti, but that took a while. Once the meat of their recordings was unearthed and had time to circulate, now everyone is tripping over themselves to drool at their feet, and rightfully so.Jaguar Ride: Memoir of an electric eel taps into the once impenetrable inner space of life around this ground-breaking band quite effortlessly. Like the eye of the universe opening up just enough for your weary legs to slip past and dangle in its toxic waters, McMahon leads us through his haziest experiences with incredible recollections of what it felt like to stand at the edge of the cliff of possibilities. The electric eels were true originals that streaked across time and space for a very short amount of time in the early-to-mid 1970s, creating nothing short of atonal atrocities glistening with punk promise. Deranged Rust Belt pop songs blanched in chemical waste and chopped mercilessly with a broken food processor and left for dead, only to be rediscovered when the coast was clear for cultures so noxiously curdled to finally thrive. Now that experience is finally here in book form for you to absorb and indulge, and as the mysteries of the eels go many layers deep, fear not and embody their pioneering spirit, finally in print. *Hozac