BRIX SMITH START – the rise, the fall, and the rise 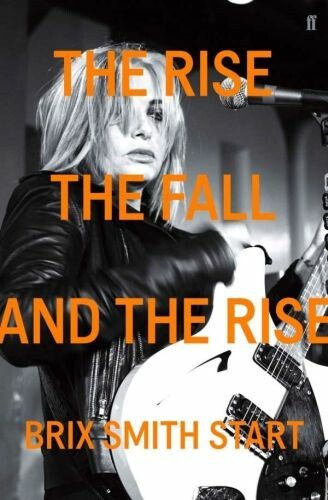 Paperback, 461Seiten, Sprache: Englisch. The Rise, The Fall, and The Rise is the extraordinary story, in her own words, of Brix Smith Start. Best known for her work in The Fall at the time when they were perhaps the most powerful and influential anti-authoritarian postpunk band in the world - This Nation's Saving Grace, The Wonderful and Frightening World Of...Brix spent ten years in the band before a violent disintegration led to her exit and the end of her marriage with Mark E Smith. But Brix's story is much more than rock 'n' roll highs and lows in one of the most radically dysfunctional bands around. Growing up in the Hollywood Hills in the '60s in a dilapidated pink mansion her life has taken her from luxury to destitution, from the cover of the NME to waitressing in California, via the industrial wasteland of Manchester in the 1980s. What emerges is a story of constant reinvention, jubilant highs and depressive ebbs; a singular journey of a teenage American girl on a collision course with English radicalism on her way to mid-life success on TV and in fashion. Too bizarre, extreme and unlikely to exist in the pages of fiction, The Rise, The Fall, and The Rise could only exist in the pages of a memoir. *Faber And Faber