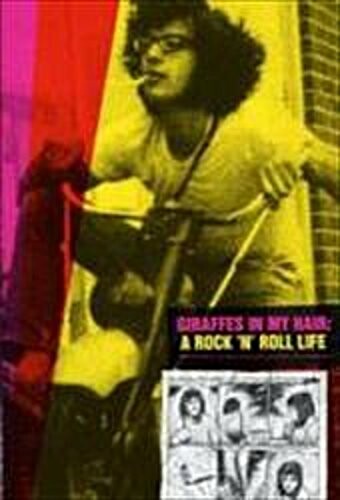 Written by Bruce Paley; drawn by Carol Swain. A unique take on the summer of love generation, through the eyes of an acclaimed graphic novelist and her partner, who lived it. Bruce Paley turned 18 in 1967 during the Summer of Love, putting him on the front lines of the late-1960s youth movement. Paley´s tumultuous journey took him from being a Jack Kerouac-loving hippie in the 1960s, on the road with his 17-year-old girlfriend, dropping acid at Disneyland, living in a car, and crashing with armed Black Panthers at the infamous 1968 Democratic National Convention, to hanging out at Max´s Kansas City, shooting heroin and cocaine with the likes of rock star Johnny Thunders, and frequenting Times Squar´s seedy brothels  a journey that mirrored the changing times as the optimism of the ´60s gave way to the nihilism of the punk years. Over a dozen years, Bruce crossed paths with hippies, violent cops, rednecks, rock stars, and Black Panthers... and ended up a heroin addict for much of the 1970s.These stories are vividly brought to life in Giraffes in My Hair (A Rock ´N´ Roll Life) by the compelling visual storytelling of Bruce´s partner, the cartoonist Carol Swain. Swain´s trademark visual approach to comics, typified by exquisitely composed panels that vividly capture both anomie and pathos, is perfectly suited to dramatizing Paleys life during that confusing, tumultuous period of American history  a life lived in the countercultural margins, amidst personal chaos and social dissolution. Swain´s storytelling rhythms are contemplative and breathes inner life into Paley´s turbulent stories, creating a perceptive prism to view the vast possibilities and endless pitfalls as experienced by a kid growing up in America in the late 1960s and early ´70s. 136 Seiten. * Fantagraphics