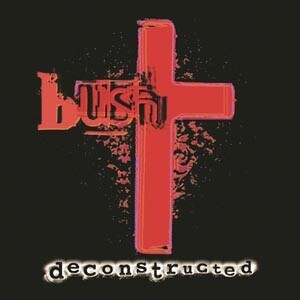 180g Vinyl-Repress! Remix album by British post-grunge band Bush, released in 1997, as a collaborative effort between the band and various producers like Tricky, Goldie, Mekon and others working in the electronic genre of music to remix some of the band's previously released songs. "Mouth (The Stingray Mix)" was released as a single in 1997 and became a minor hit, due largely in part to it being featured prominently in both the trailer and the 1997 film An American Werewolf In Paris. While not a studio album, Deconstructed often stands among the band's studio catalog and has been frequently cited regarding Bush's transformation from simple post-grunge to more experimental Rock. It was followed two years later by their third studio album, The Science of Things, which continued this incorporation of electronic elements into hard rock. *MoV