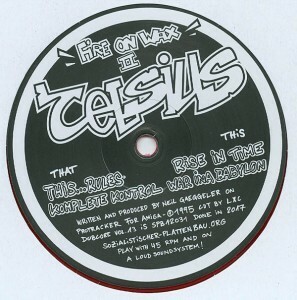 Second part of the fire on wax in the dubcore series by Celsius. four more tunes made in 1995 on amgia 500 with protracker. hardcore jungle drops here quickly with stomping breaks and heavy 8bit subbase. Celsius is a pioneer of 8bit tracker Jungle and Hardcore. His seminal early Jungle works date back to 1995 and were released on Aminet, a mix of uncompromising hardstep Amen breaks with heavy bass drops and ragga vocals. After founding his own label Virtual Pulse Records, he signed to Epileptik records and various other labels releasing a string of vinyls and studio albums under various epithets, featuring notable collaborations with DJ Hidden and the Outside Agency and Dr.Macabre amongst others. *Sozialistischer Plattenbau 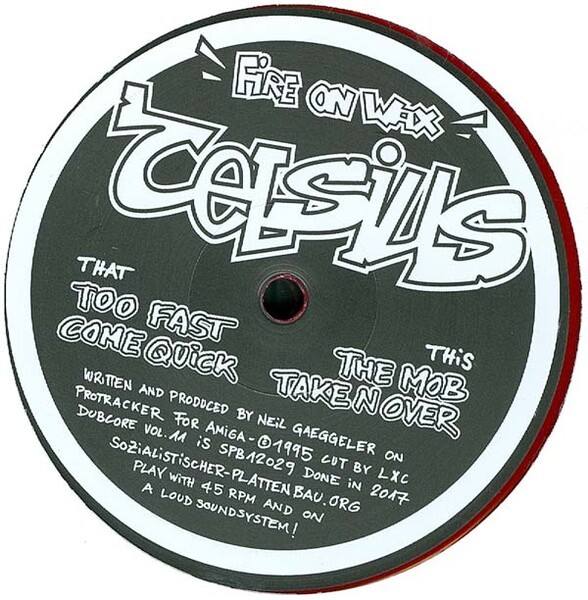