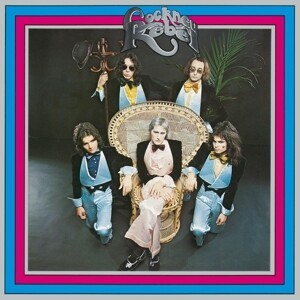 Artrock/Glam-Klassiker im Klappcover. The Human Menagerie is the debut studio album by Cockney Rebel.Produced by Neil Harrison, it was released in November 1973. Cockney Rebel's debut album is like waking up from a really weird dream, and discovering that reality is weirder still. It's remarkable to recall the impact that Cockney Rebel had when they arrived on the scene in 1973 with "The Human Menagerie". Wide-eyed British teenagers who had been too young to succumb to early Bolan ' Bowie had a hero of their own: Steve Harley. Harley might not have been the first cultural genius of his age, he was the first who wasn't content to simply zap the prevailing zeitgeist.He very much succeeded. Cockney Rebel's debut has weathered well - it's now considered an art-glam masterpiece. *MoV