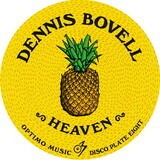 In 1981 Dennis released his solo album, Brain Damage. A double album that fused afro beat, funk, dub, jazz, blues and styles that have still to be genre-fied, it went over most peoples heads and is now a mainly forgotten masterpiece. From that album we present on the A side, the magnificent Heaven, a disco dub afro-sound dance floor bomb that somehow manages to sound more current today than it did 35 years ago. Also included is a slightly edited version that removes some of the vocals to focus on the groove a little more. On the AA side is the legendary Escape Goat Dub. Back in 1981, Dennis Bovell was perhaps thee hot producer of the day. Epic Records put Dennis in the studio with singer songwriter Garland Jeffreys to work on his new album. It turned out Mr. Jeffreys was a big dub fan so most of the studio time was spent doing wild dub tracks instead of the singer song writer type tracks the label was anticipating. The wildest of those was Escape Goat Dub which must be up there in the greatest dubs ever to shake the world. The label was patently at a loss as to what to do with it so stuck it out as a promo only 12 in France, and there it lay forgotten. After a long search Twitch picked up a copy in Rennes a few years back and got permission from Mr. Bovell and Mr. Jeffreys to put it out again. Its not an expensive record or a mega rare record, just little known and definitely deserving to be heard by new ears. Epic dub abounds. The AA2 is Smouche, another track from Brain Damage; 3 minutes of dub, funk inflected Moogy summery joy. *Optimo 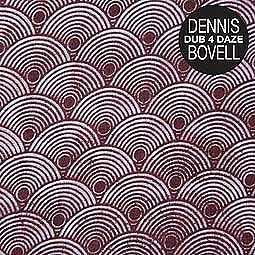