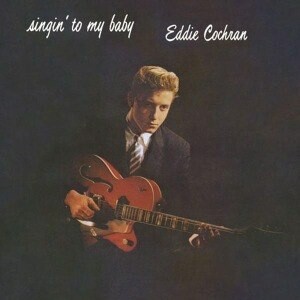 Singin' To My Baby is Eddie "Summertime Blues" Cochran's first LP, originally released in 1958, just two years before he was tragically killed in a car accident (rockabilly king Gene Vincent was also in the car, but lived) at the age of 21, while touring the UK. Despite his early death, Cochran left a lasting mark on rock & roll history. The epitome of the fifties ebel rocker,' and also, as music journalist Bruce Eder so rightfully put it, "rock's first high-energy guitar hero, the forerunner to Pete Townshend, Jimmy Page, Duane Allman and, at least in terms of dexterity, Jimi Hendrix". His influence was felt on everyone from the Beatles, to Blue Cheer, to the Sex Pistols (who covered Cochran's "Something Else"). Although "Summertime Blues" was his biggest hit, becoming an anthem for teen rebellion and disenchantment with the status quo, many of his songs were along this vein, making him a hero to generations of disgruntled teens. *Rumble 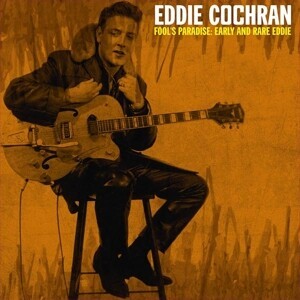