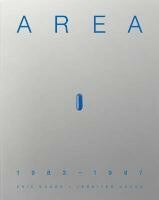 Englisches Buch! The fabled New York nightclub Area opened its doors in September 1983 and virtually overnight became the nexus of one of the most vibrant downtown art and party scenes in New York. Despite its short-lived history (it closed in 1987), Area was the club where the A-list went to see and be seen, and its wildly creative invitations were the hottest tickets in town. Area was the creation of four young guys from California, among them author Eric Goode, who immediately grasped that the eighties were going to turn artists into rock stars, and they did just that through their club, starting with their friends Jean- Michel Basquiat and Keith Haring. An art project on a monumental scale (the owners spent tens of thousands of dollars to redo the space with a different art theme every six weeks), Area brought together the worlds of young and beautiful artists, musicians, fashion designers, writers, socialites and celebrities and became the place where important people went to make fabulous spectacles of themselves in outlandish ways. It also became the favourite subject of a circle of young and uber-talented photographers, including Volker Hinz, Nan Goldin, Patrick McMullan and Richard Pandiscio, providing a window into a time and place legendary in the annals of New York nightlife. Drawing from an incredibly rich visual and oral archive, Eric Goode and his sister Jennifer have selected the best photographs and most memorable anecdotes to tell the full story of the club and its people. Writers who partied at Area and who helped document the scene will also be included, such as Glenn O'Brien, Stephen Saban, Michael Musto, and Jay McInerney, as well as anecdotes from many of the artists and celebrities who played there, such as Chuck Close, Luc Sante, Malcolm McLaren, Boy George, Diane Brill, to name but a few. A rich evocation of the look and feel of the art and fashion of the 80s, Area is a nostalgic chronicle and memoir of an exciting art and party scene that can never be repeated or forgotten. 368 Seiten * Abrams Books