ERTLIF – relics from the past 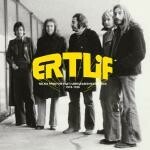 Previously unreleased 7475 homemade recordings by Swiss prog /psych legends Ertlif. Raw, inyourface hardprogressive sound with ultraloud fuzzwah guitar plus Hammond, Mellotron, synths, powerful (English) vocals... A great find for anyone into underground psychedelia. RIYL: DEEP PURPLE, ATOMIC ROOSTER, BLACK SABBATH, CRESSIDA, AINIGMA, NECRONOMICON, PACIFIC SOUND Ertlif was formed in 1970 by two exmembers of Egg & Bacon, lead guitarist Dany Andrey and bass player Teddy Riedo. They were joined by keyboard player James Mosberger (The Only Ones, The Countdowns), drummer Hanspeter Bölle Börlin (The Countdowns) and lead guitarist Martin Ruder: the cream of the Basel music scene from that time. The band name was derived from a mysterious medieval magician and alchemist. They were inspired by Pink Floyd, Yes, Procol Harum, Van der Graaf Generator and Genesis amongst others. A strong rhythm section and twin lead guitars blended with the Hammond organ created the characteristic Ertlif sound. In August 1971 they were the only Swiss band invited to the "Pop Meeting 71" in Münchenstein, Germany. The bands instrumental virtuosity established them as one of the countrys top acts and a phenomenal live band and they were one of only a few Swiss groups to be offered a recording contract. *Sommor 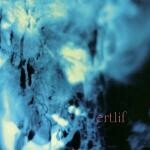