JEFFERSON AIRPLANE – it crawled out of the vaults 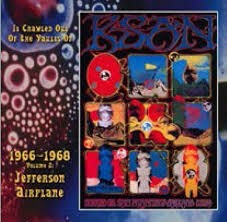 Here we go with some awesome underground live material from one of the most important psychedelic rock pioneers in history of mankind. JF, ladies and gentlemen, in a very early incarnation when Skip Spence and Signe Anderson had just made way for the goddess of psyche Grace Slick on vocals and Spencer Dryden on drums to form what should become the classic line up leading this band to their huge success. Four of nine songs also appear from their cult album ?Surrealistic pillow? released in 1967, two more have appeared as part of ?Jefferson Airplane takes off? in 1966. There are later live versions of ?Fat angel? and ?Other side of life? on the 1969 live album ?Bless it's pointed little head? but these are the earlier, more rough edged and insane psyche out recordings of both beautiful pieces. Well, you get JF on this record, bare naked and honest to the bone. Just as they had been when they plugged in and played. The sound is amazing, raw and wild but clean and powerful enough to give every instrument and voice enough room to unfold. Technically not overwhelming but with a feeling of passion and dedication that only a true live recording can capture. And from every note that is played here you can feel the breath of the era where the cold war nearly turned into a very hot one and the world stood on the edge of a nuclear war while down in Vietnam ... well you all know the story. It was a time when the people freed themselves from the frowst of the past and lived a self destined life. This recording is an eye witness on historical developments. But however you behold it, it's awesome music by awesome people. This is indeed a little masterpiece and will please any fans of late 60s psychedelic sounds, die hard JF freaks and whoever cares for the best ever period in music. A must have! *Go! Bop 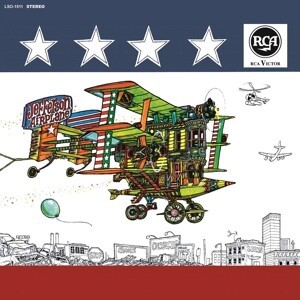 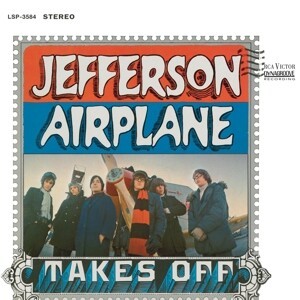 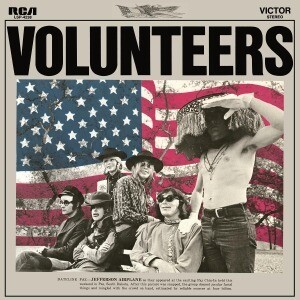