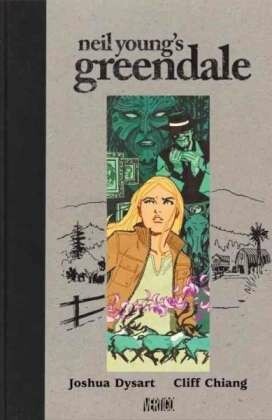 Gebunden, 160 Seiten (266 x 176 mm), Sprache: Englisch. Greendale" is based on Neil Young's critically acclaimed 2003 album and 2004 film of the same name. Many have referred to the album as a "rock novel" which explores the effects of crime, media, consumerism and environmental issues on the Green family in the sheltered small Northern California town of Greendale. Even for politically active teenage girls, Sun Green has always been different. There's been talk that the Green family women had great powers in concert with nature, but Sun herself never really wondered too much about it. Then, in the fall of 2003, as the nation gallops blindly into war, a Stranger appears in her hometown of Greendale, and everything starts going to hell. In an effort to overcome the pain the Stranger brings, Sun unearths the mystery of the Green family women, and in doing so, finds her own inherent power, not just to confront the Stranger, but to confront the mounting injustice of the world outside of Greendale as well. *Vertigo