MARKY RAMONE – punk rock blitzkrieg - my life as a ramone 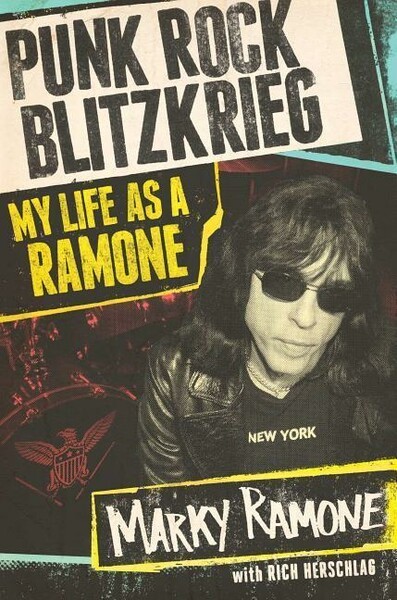 Englisches Buch! * The inside story behind one of the most revered bands in music history during the early days of punk rock in New York, from legendary drummer Marky Ramone. Rolling Stone ranked the Ramones at #26 on its list of the "100 Greatest Artists of All Time." They received a Grammy Lifetime Achievement Award in 2011 and were inducted into the Rock and Roll Hall of Fame in 2002. And Marky Ramone played a major part in this successhis "blitzkrieg" style of drumming drove the sound the Ramones pioneered. Now, fans can get the inside story. Before he joined the Ramones, Marc Bell was already a name in the New York music scene. But when he joined three other tough misfits, he became Marky Ramone, and the rhythm that came to epitomize punk was born. Having outlived his bandmates, Marky is the only person who can share the secrets and stories of the Ramones´ improbable rise from obtuse beginnings to induction into the Rock and Roll Hall of Fame. But it wasn´t all good times and hit songs, and Marky doesn´t shy away from discussing his own struggles, including the addiction to alcohol that led him to be temporarily kicked out of the band. From the cult film Rock ´n´ Roll High School through "I Wanna Be Sedated" through his own struggle with alcoholism, Marky Ramone sets the record straight, painting an unflinching picture of the dysfunction behind the band that changed a generation. With exclusive behind-the-scenes photos, Punk Rock Blitzkrieg is both a cultural history of punk and a stirring story that millions of fans have been waiting for. 384 Seiten* Simon + Schuster