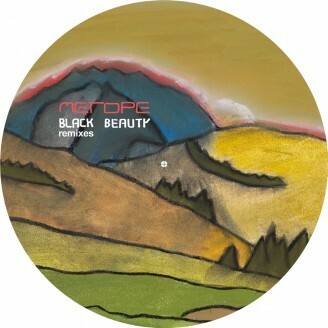 And as the spirits of Metope`s country-themed album "Black Beauty" are riding towards the blood red sunset of the Sierra Berlina, suddenly, a hornblowing cavalry arrives. Starring: Louie Fresco notorious fellow from Mexico, unshaved and unimpressed by anyone or anything blocking his way. Wanted dead or alive for his releases on "Nr.19 Music" and "Mexa Records". Joerg Burger, Lucky Luke`s twin brother and legendary gunslinger from Cologneville. Wanted dead or alive, usually riding with the Kompakt gang as the Modernist / Bionaut or Burger/Ink (with one of the heavy Voigt brothers). Sid Le Rock, named after his big rock that he uses to club people over the head in their sleep. No one ever heard the half indian coming. Don`t ever pee on his tipi, seriously, don`t. / My favourite Robot Ada, she is one crazy cowgirl. Famous for her mysterious ability to dodge under the bullet in hundreds of duels. When she was supposed to be hung by her ponytail she made smokesignals with her cigarette, calling for her friend Sid to rescue her. Wanted dead or alive for unspeakable crimes for the Areal gang, IRR and Pampa. *Aeal