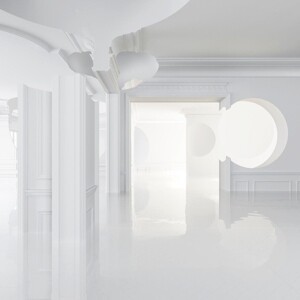 It's about love, loyalty, family and the start and end of relationships, with an overarching theme about becoming a father, all delivered with warmth and emotion. Miles even sings and so does his eldest son Milo on one track. Mitch has always taken it further than most in a unique direction, defining his music rather than deferring to a scene consensus. Production-wise Mr. Mitch has always been a minimalist at heart, pushing detailed sound and melody around in space, but on Devout everything is more ambitious, emotive and polished, taking his music in an epic and well defined pop direction, albeit from a sideways angle. Devout's cast of male and female allies, MC's and singers each deliver songs that cast perspective around the album's theme. Devout is a beautiful, grown-up pop record with its foundation in grime. *Planet Mu