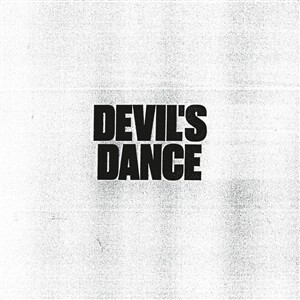 Heavy-weather, beyond-good-and-evil soundsystem poetics, channelling raw and rootical techno, Isolationist abstraction, and dub at its most turbulent and raw-nerved and space-time-warping. New worlds ahead_ Equal parts tuff, tail-thrashing dancehall pressure - see 'Hell Dub' - and art-of-darkness ambience and introspection, culminating in the slow-burning, third-eye-opening 23-minute dreamweapon, 'Vertigo'. Part of the Young Echo crew, Ossia embodies the best tradition of Bristol underground music in that he doesn't pay much mind to tradition, just does his own thing. Yes, Devil's Dance shares DNA with those sullen masterpieces we will always associate with the city, from blunted 90s street-soul/hip-hop to sub-loaded dubstep - but like his forebears Ossia is ultimately a mongrel breed, drawing from his own, very contemporary and idiosyncratic well of influences: grime, jazz, steppers, dub, post-punk and industrial abrasion, concrète minimalism_ Devil's Dance could easily be not just a forbidding, but a suffocating proposition. But even at its most angst-ridden it feels lithe and aerodynamic, its darker impulses both intensified, and offset, by a pure soundboy's delight in detail and colour and higher dancefloor mechanics. The music pulses with energy, a fever to communicate_and Raki Singh (violin), Jasmine (vocals) and Ollie Moore (saxophone) add vivid flesh-tone to the punishing, plasmic electronics. The record was mixed at an infamous, subterranean Bristolian recording studio, using an arsenal of spring and plate reverbs, modded pedals, tape-delays and compressors: systems of black magic crucial to the album's intense presence and physicality and carefully modulated dread. In the end what we are witnessing, and experiencing vicariously, is a purging, an exorcism: find the devil, dance with the devil_ and then chase, chase, chase him out of the earth. *Blackest Ever Black