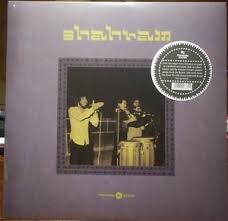 You know how record nerds are. They?ll gladly tell you that a dawdling Moldovian choir of 70 year old grandmothers is the next brick in your psychfunksplosion journey. But Shahram Shabpareh is the real thing. Colorful arrangements of blurting horns, evil bass grooves, cheesy organs & thick strata of overlapping percussion instruments going off like microwave popcorn. As the leader of an Iranian 60s garage band, the Rebels, and later a 70s solo singer, Shabpareh was never happy just tossing a few moves from Abba in front of whatever was on the local charts already. He wrote & recorded hard rock & funky piano riffs that were built bulldozer tough & would?ve stuck out in an American trailer park or a London pub just as easily as they did in Tehran. Not that he wasn?t afraid to put someone elses idea to good use, as he certainly makes superb use of the Kinks? chords from ?You Really Got Me?. Its more that Shahrams rock cojones have caused him to make blistering music again & again over the years, with little regard for where it comes from. *Pharaway