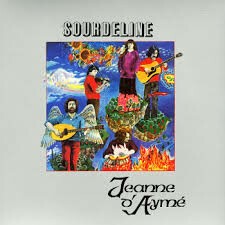 Formed in 1972 in Northern France, Sourdeline has remained as a hidden treasure for decades. With a strong Pentangle influence in their works, the guys released a couple of astounding albums during the next few years, acquiring a wonderful baroque folk sound based in some traditional French folk songs and many originals, with the use of a large number of traditional instruments. Their second and last album ''Jeanne d'Aymé'' is from 1977 and, though being the lesser known of them both, is for us at Guerssen their definitive work, a truly major discovery waiting for you who are not yet in the know.