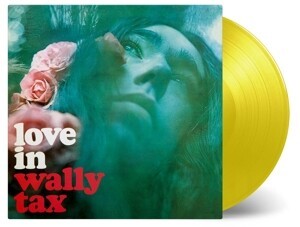 Limitierte Edition von 500 in yellow Vinyl. Wally Tax was the first rock 'n roll idol from The Netherlands. At a youngage he was the lead-singer of his Amsterdam 'Nederbiet' band The Outsiders. During that short period of time, the band signed a contract, performed as warm-up to The Rolling Stones and released several hits. After 1968 Wally Tax broke up with his band and continued his path as a solo artist. During his solo career he collaborated with many great artists like Jimi Hendrix and received status with hits like "Miss Wonderfull" and "It's Raining In My Heart", famously covered by Lee Towers. While The Outsiders were still at their peak in 1967, Wally Tax released his solo debut album Love In. All the tracks on the album are gentle, orchestrated pop with melodramatic and more folk-rockish than his work with The Outsiders. *MoV