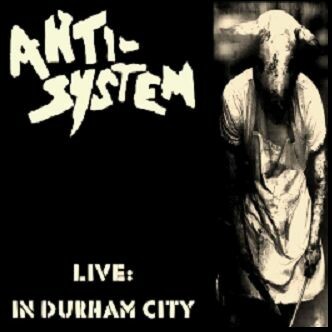 Anti-System is a legendary British Anarcho punk band formed in Bradford in 1981. Their debut release was the five-track "Defence of the Realm" EP issued in 1983, which was followed with the "No Laughing Matter" album in 1985 and the "A Look at Life" EP in 1986. The band reformed in 2014 and in 2017 released the highly acclaimed "at what price is freedom" EP for Boss Tuneage. Since the release of that EP, the band has undergone significant line up changes, and in January this year that new line up recorded this live album in front of 28 friends in the Rocking Horse rehersal rooms in Durham. The ripping results capture the current incarnation of the band perfectly, as displayed on the 16 tracks on that album * Boss Tuneage.