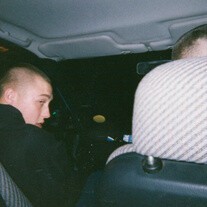 Anthoney Hart is hardly a newcomer. Cutting his teeth spinning hardcore, jungle and D&B at legendary pirate radio station Rude FM, Hart eventually began producing under the Imaginary Forces moniker, channeling his early influences into noisier, more abstract territory. As Imaginary Forces plumbed the depths of abstraction, Hart was keen to find an outlet for dancefloor material, and thats where Basic Rhythm comes in. Hart wanted to reference the hardcore and jungle he grew up obsessing over, but not simply as an exercise in nostalgia. Avoiding breaks altogether, he went back to the samples that littered the genre, reframing them with contemporary rhythms. Raw Trax is not an attempt to recapture the sound of jungle or hardcore, but a new twist on a familiar setting. This isnt a dull academic experiment: Basic Rhythm was always intended to be fun to listen to, fun to dance to and fun to mix. Raw Trax delivers in spades. *