BRAVES – carry on the con 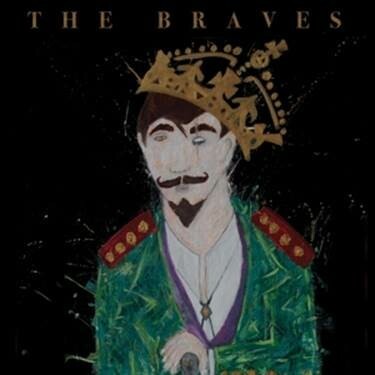 From the opening track Hanging Church (feat Spencer P. Jones with a trademark solo) The Braves take you on a sonic ride that will convince you that they are on the up. Formed late 2012 on the outskirts of Melbourne, Australia, The Braves came cutting through the surrounding noise to create a sound and a notoriety that is uniquely their own. Starting with Djesse Bolte on bass and Kelly Watson on guitar, the two quickly found the drummer to suit in Ethan Leversha, the last outcast in town. With a mission statement fully in tact and the sound to follow The Braves started playing every opportunity they got from warehouse parties to backwash bars, artist collectives to the deserts and anarchist centres while building the ever-evolving mould of their music. Their first album for Spooky Records 'All Through Paradise" was released in Feb 2017 and they're now gearing up to release their 3rd album. *Beast