CAM COBB – what´s big and purple and lives in the ocean? 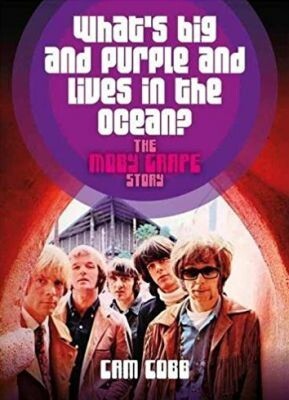 Paperback, 320 Seiten, Sprache: Englisch. Moby Grape heralded by countless luminaries of rock music and rock criticism, from Robert Plant to Robert Christgau, Tom Waits to Greil Marcus. "How did we manage to get into this situation, where all these people were coming to hear us? Why did that happen? And, why did all the shitty stuff happen? A lot has to do with luck." Don Stevenson, Moby Grape. Moby Grape are a genuine cult phenomenon. Their story, a mixture of myth and truth, is a cautionary tale, a triumph, and a tragedy all at once. Though they are seen as a symbol of 1960s San Francisco, Moby Grape were never actually a part of the city's counterculture movement. Yet they were immersed in it, sharing stages with the likes of Aretha Franklin, Jimi Hendrix, Sly Stone, and many more. *Edition Olms