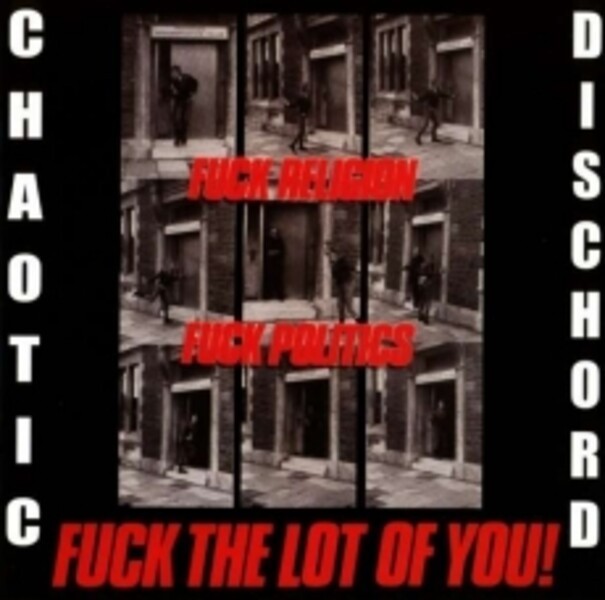 Re-Issue des Hardcore-Punk Klassikers! Aimed at shocking and insulting everyone, playing the rawest, most obnoxious and out of tune punk rock ever heard until then, and using the world 'fuck' more than any other band before, Chaotic Dischord formed in Bristol in 1981 with a mission to spoof and parody the pointlessness of all the generic second-wave mohawk-punk acts that had recently signed to Riot City. Ironically, they became one of the label's best-selling acts. This "enhanced" version of their groundbreaking first LP comes complete with their whole second studio effort, the hyper rare "Don´t Throw It All Away" 12", originally on Riot City from 1984, adding up to a total of 24 pure "UK82" bullets!* Radiation