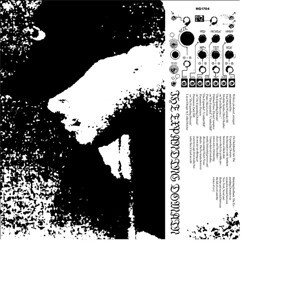 Trance-derived melodies, murky industrial grooves and all-consuming harsh noise attacks. Created in transit between New York, Seoul and Berlin and recorded between the fall of 2016 and the winter of 2017. Over 23 minutes, the EP shifts from densely layered textures to subtle piano notes and hard-hammering beats, seemingly mirroring the drastic changes of the times in which they were conceived. With the help of Dirch Heather (modular synths), Elysia Crampton (piano), Mica Levi (dubbed piano), Jesse Osborne-Lanthier (synths) as well as Dominick Fernow alias Prurient and Death Grips drummer Zach Hill on percussion, Fred Welton Warmsley III reminds us that now is not the time to give up. Having left behind a career as Joey Bada$$'s producer and his previous moniker Lee Bannon to pursue a more experimental musical approach. It's a conceptual entity that draws on creative collaboration and aims at gathering unique artists under a single musical vision. *Hollow Ground