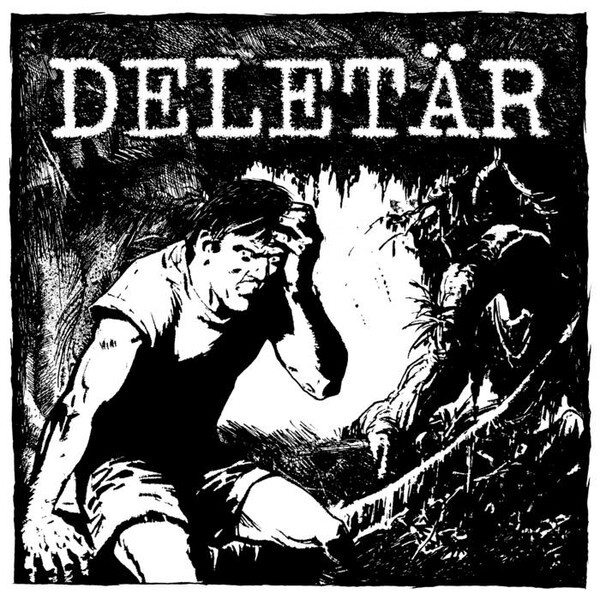 Between closed mines, abandoned factories and grey buildings rises Deletär. The city of St Etienne has been home of one of the most active french local punk scene for several decades. Deletär is one of the very few d-beat acts coming from the hexagone. This is their first album, get ready for 10 tracks of pummeling d-beat hardcore in the likes of Totalitär, Skitkids, Herätys and the likes, with some slight stadium rock to Burning Spirits elements. The band is made of current en ex members of Litige, State Poison, Vomit for Breakfast It has been recorded and mixed their practice space and mastered by Brad Boatright at Audiosiege. Corelease with DELETÄRs drummer Befa label Kick Rock. Comes with a great artwork by GG Ranskalaiset. *Destructure