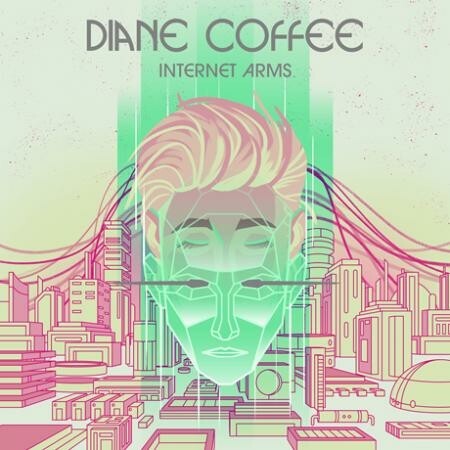 180-gram translucent mint green vinyl. The ever-evolving spectacle that is Diane Coffeethe gender and genre-bending alter ego of Shaun Fleming - returns with a swan dive into a lush, digital glam wonderland. Fleming's third full-length album as Diane Coffee, came to fruition in 2018 after he performed as King Herod in the Lyric Operas critically-acclaimed run of Jesus Christ Superstar. Born from the fear and uncertainty of a future in which humankind is both dependent on and poisoned by technology, the album finds Diane Coffee trapped in a digital world, enslaved by AI. This newly cybernated Diane Coffee is masterfully unveiled on album standouts Not Ready to Go and Like a Child Does, with both songs serving as vulnerable reflections on power and abuse. As a whole, Internet Arms marks a significant new phase for Fleming, a testimony to the idea that Diane Coffee will endure as a fluid form of expression that continues to defy expectations of sound and genre. *Polyvinyl