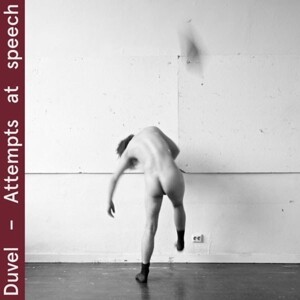 Originating from the basement of the autonomous youth community house Blitz in Oslo, Duvel is a minimalist post-punk band with an energetic, raw sound. `Attempts at speech' is their debut album. The `Attempts At Speech' album was recorded at Blitz lydstudio and engineered/produced by Bjorn Larsen. Recorded within two hectic days in the studio, Duvel sound different to most bands these days, as the album revels in a raw, unpolished sound. In Duvel, Fysisk Format hears `a brave band that dares to keep rock raw'. Jack Holldorff opens up about the lyrics on the album: -"I would think the reason why some people are afraid of the dark, is that when the lights are out, you lose control.