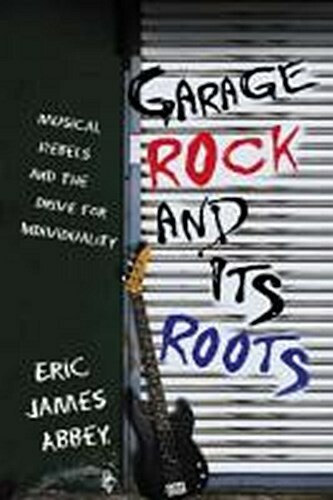 and the Drive for Individuality * Englisches Buch! When British rockers invaded the United States in the 1960s, youths responded by growing long hair and playing electrified music in suburban garages. Garage rock has grown from a hobby of the rebellious to a cultural statement: anything not mainstream, from alternative country to hardcore punk, can be included in the realm of contemporary garage rock. Issues of rebellion, clothing and hair styles, playing styles, nostalgia and selling out permeate the modern culture of garage rock. Pure rock from the '50s, '60s and '70s and older root styles such as swing and rockabilly have been reasserted in this form, leaving the confines of garages for clubs and other venues where fans' tastes are tuned to the underground. This study explores garage rock as it evolved alongside mainstream music and examines how it reflects notions of self though the assertion of individuality and rebellion in prosperous post-modern times. Using the Detroit music scene as the focus, the author presents two sections. The first section examines the creation of the scene, the importance of relationships to the past and the appearance used throughout. The second section analyzes the alliances and relationships to society that under gird contemporary garage rock. The author maintains garage rock has developed a place in American cultural history, and its continuation will be based on how the underground situates itself within post-modern society. 213 Seiten. * McFarland & Co