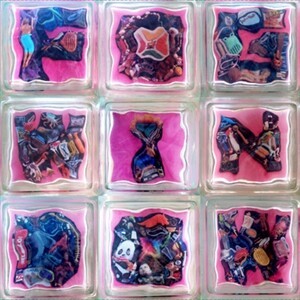 Fog Window is the latest incarnation of Devin Gary & Ross.The usual line up of Devin Flynn Gary Panter & Ross Goldstein includes Lily Rogers and Curtis Godino of the band Worthless who also share an interest in visual music. Curtis, a Joshua Lightshow alum helms his own lightshow operation called Drippy Eye Productions.Their contributions to the Fog Window recordings cannot be underplayed. Lilys vocals characterize a fair majority of the sweetest songs on the album, and Curtis presence is felt throughout whether it be the memorable guitar figures or lyrical keyboard contributions. I must point out that this double album is the result of three generations coming together and relating. That is relevant. That is progressive!! *SFTRI