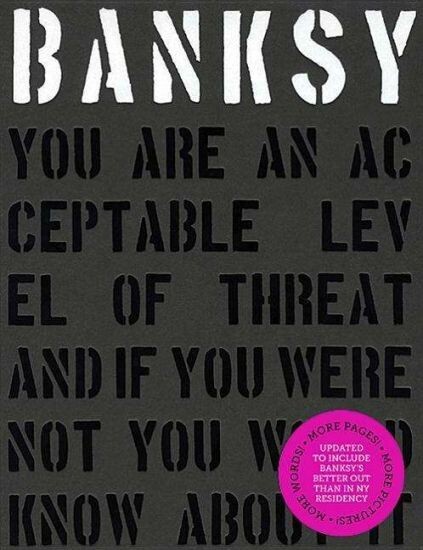 Gebunden, 228 Seiten, Sprache: Englisch. You are an acceptable level of threat and if you were not you would know about it. This expanded edition of Banksy. You are an acceptable level of threat... includes the month-long series of works "Better Out Than In" October 2013 in New York City. Banksy is the closest thing we have to Che Guevara. Except, as far as we know, he's never flunked medical school, shot anyone or attempted to foment revolution in the Congo. You will find, gathered lovingly together, in this book - the single best collection of photography of Banksy's street work that has ever been assembled for print. Much to the chagrin of art schools everywhere, it is likely that Banksy will be the best remembered artist of post-millennial-depression Britain. His capacity to grab attention and deliver a message, often with a punch line or hidden layer of meaning would have landed him a great job in an advertising agency. If you've never heard of Banksy, this book is all you'll ever need to read to be able to engage in pub table debates about the man and the legend. This book is about Banksy's prolific work on the streets, which for the most part has been lost to future generations through greed or the dreaded buff. Consequently, this book seeks to concentrate on his iconic imagery spanning the past decade, from Los Angeles to Lewisham (and everywhere in between), including many images never before seen. And now with his latest work added into the mix. *Ginko Press