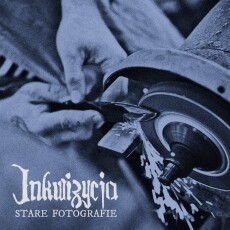 The first d.i.y. record ever released in Poland was an LP by this band from Krakow! They were one of the biggest bands in late 80's / early 90's when the d.i.y. scene was forming in Poland. They played close to 400 gigs at that time alone. In '97 they recorded another 5 songs, that were released a year later as a 7"EP "Slowo" (A word). 2002's  Stare fotografie (Old photos) marked the bands return to more or less regular activity. Some time ago they decided to remaster the original material, rebuild the artwork - and the result is the LP reissued in February 2018. For any fans of INKWIZYCJA and polish punk in general, this is a must! * NNNW.