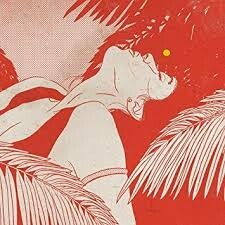 Funky flute galore  and tunes that step out with an energy thats hard to deny! " Dusty Groove USA "Blow me if it isnt some sort of crazy-ass, fuzz-heavy, flute-funk antics!" Monkeyboxing.com "Kind & Kinky Zoo get fuzzy whenever they can, and their diverse influences draw from the aforementioned genres (afrobeat and psychedelia), as well as garage, rock and roll, and more. A freakout on all levels." Flea Market Funk "Brilliant! Lovin' it!" Craig Charles, BBC 6 In 2005, a new zoo opened in Lausanne, Switzerland. Its wild animals have been going bananas in their quest to create a more dancefloor-friendly world. Now released, the zoo residents can be tracked by their heavy funk smells. Follow their scent past retro-psychedelia and turn left after organic garage.  Released! is the debut album by Kind & Kinky Zoo. It is a collection of brand new tracks, early singles as well as remixes and features a guest apperance by rapper Afu-Ra. *Legere