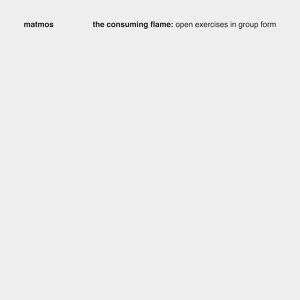 "The Consuming Flame: Open Exercises In Group Form" was conceived by M.C. Schmidt, who made the decision to orient the record around a deceptively simple commitment. 99 different musicians were asked to contribute to the recording with only one instruction: they could play anything that they wanted, but the tempo of any rhythmic material had to be set at 99 beats per minute. The resulting album is a three-hour long assemblage that travels across a shifting kaleidoscope of genre, mood and density, all synchronized to a constant underlying tempo. "The Consuming Flame" was composed through the social act of invitation, and the album's 99 participants are, even for Matmos, wildly eclectic. Some are collaborators that have worked with Matmos for many years (J. Lesser, Jon "Wobbly" Leidecker, Mark Lightcap, Josh Quillen of So Percussion, Vicki Bennett) and some are near total strangers found through open calls on internet forums for contributions at 99 beats per minute. There are players from the conservatory-trained world of "new music" (Kate Soper, Bonnie Lander, Ashot Sarkissjan, Jennifer Walshe) and figures from the extreme music underground (Blake Harrison of Pig Destroyer, Kevin Gan Yuen of Sutekh Hexen, Terence Hannum of Locrian), as well as auteurs from the world of "noise" music (Twig Harper, Moth Cock, Bromp Treb, Id M Theft Able) as well as writers (Douglas Rushkoff, Colin Dickey) and conceptual artists (Heather Kapplow). There are distinguished alumni and contemporary luminaries of electronic music (Jan St. Werner and Andi Toma of Mouse on Mars, Daniel Lopatin, DeForrest Brown Jr., J. G. Thirlwell, Matthew Herbert, Rabit, Robin Stewart and Harry Wright of Giant Swan) and artists associated with indie rock and folk traditions (Ira Kaplan, Georgia Hubley and James McNew of Yo La Tengo, Marisa Anderson). There are undergraduates who took M.C. Schmidt's "Sound As Music" course during the final year of The San Francisco Art Institute's existence. In honor of its fiercely independent tradition of outsider creativity, the album is dedicated to the memory of the now closed art school. *Thrill Jockey 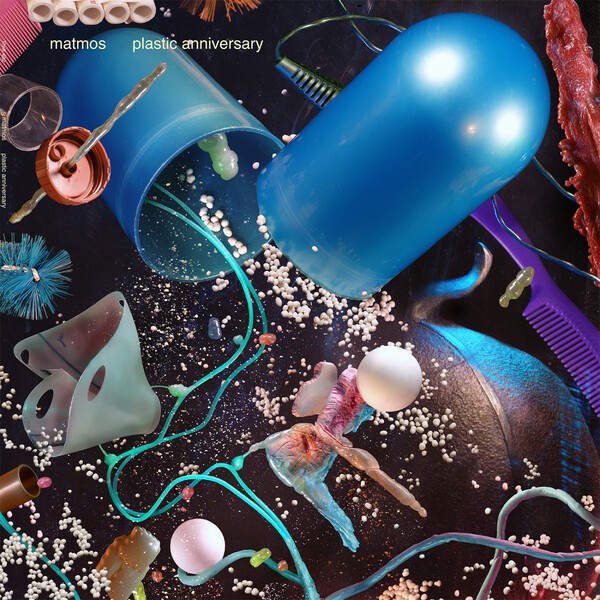