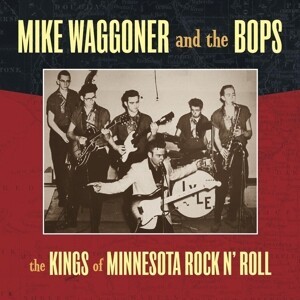 Mike Waggoner and the Bops were the originators of Minnesota stomp, well before the Trashmen unleashed Surfin Bird on America. In fact, the Trashmen claim that the Bops were, "the biggest thing around" when they themselves were teenagers getting hooked on the big beat. Mike was only sixteen when he put the group together in the Minneapolis suburb of Richfield with his little brother Colly on lead guitar and man, do they sizzle! Catch these killer sessions on wax for the first time- in Norton loud sound abundance! *Norton