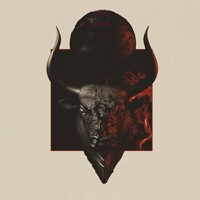 After collecting excellent reviews of "Supreme" (2017) at main magazines such as Wire, Invisible Oranges, The New Noise and Dusted Magazine and coming from the same recording sessions, "Krèas" is the convulse version of its brother album. While "Supreme" stands as a static monolith nailing Orthodox´s vision of noise/doom/freejazz into a frozen concept, "Kreas" develops from the same concept giving more freedom for dialogues and interaction between the (this time) trio formed by Borja Díaz on drums, Marco Serrato on bass and Aquilleas Polychronidis (Skullfuck) on sax. * Alone