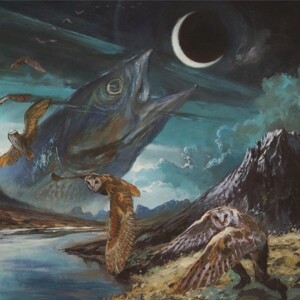 Pelagos come from the deep, dark waters on the southwestern coast of Finland, the same city as Circle and a few other remarkable local underground acts. Pelagos' sound is melancholy in a decidedly post-industrial minimalist, repetitive urban Finnish way, but it is also soaked in romantic wanderlust and Balearic exotica. Pelagos' brand of art could be called as beach music from a ghost town. Soft, caressing sea winds turn into whipping blasts and instead of palm trees the surroundings are covered with Soviet brutalist buildings while the sun slowly turns black. Pelagos consists of people who used to play in Circle in the 90's, but the new group differs from its big brother by substituting punishing heavy metal riffs with digital synthesizer sequencing. Whilst acknowledging the limitations set by the somewhat depressing surroundings in the band's coastal hometown Pori, their minds are set for the stars. *Svart