RICHARD HAVERS – the rolling stones - on air in the 60´s 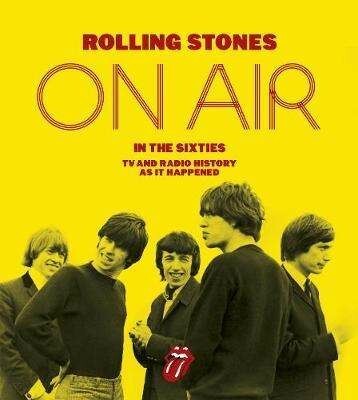 Gebunden, 320 Seiten, Sprache: Englisch. Tells the rock 'n' roll story of The Rolling Stones through their many radio and TV broadcasts, together with previously unseen facsimile documents from the BBC archives, new interviews and previously unpublished photographs.The first official, in-depth history of the Rolling Stones told through the bands television and radio broadcastsappearance by appearancepublished to tie in with the global release of a DVD containing recently discovered, never-before-released footage of the Stones on TV, in front of and behind the cameras.The Rolling Stones on Air in the Sixties is a unique chronicle of the bands rise to fame during the 1960s. It begins with a letter the BBC received from Brian Jones in January 1963, politely requesting an audition for "The Rollin Stones Rhythm and Blues Band," and ends with the story of the groups performance of "Let It Bleed" for BBCs end-of-the-decade celebration television program Ten Years of What. From their first television appearance on Thank Your Lucky Stars! *Random