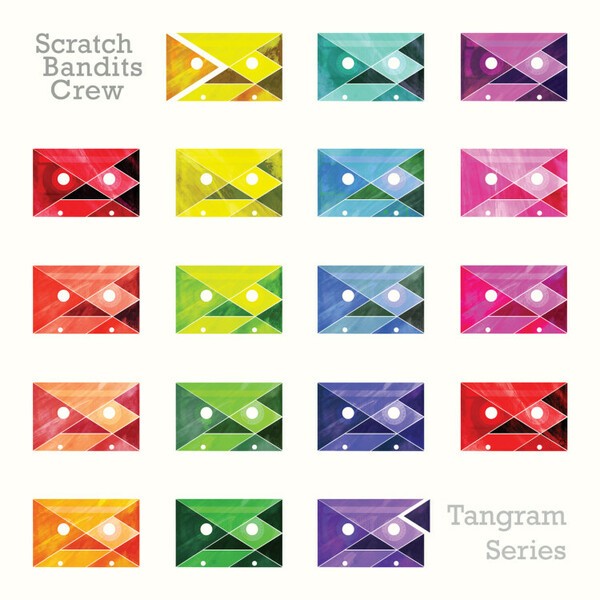 The fourth album of the Scratch Bandits Crew, still under the banner of the "Chinese Man Records" label, "Tangram Series" is, like the famous Chinese puzzle, a sound synthesis of all the experiences of the group during its last tour. The tracks are born on the road, in France and worldwide, through encounters with musicians, MC's and beatmakers, and days spent at improbable record stores around the world. Hands on their turntables, keyboards and other samplers, the crew deconstructs and manipulates these heterogeneous sounds as so many pieces of puzzle, to finally bring them together in ten unreleased tracks. Hip-Hop mutant, sensitive or over-vitaminized, between organic old school and modern electronics. The MC's are selling their sharp and singular flows: we find the American Gavlyn, Reverie and Blimes Brixton, the French Lucio Bukowski and Taiwan MC, the English Gardna, Youthstar and Illaman, as well as the Colombian Feback and Lyda Aguas. *Chinese Man