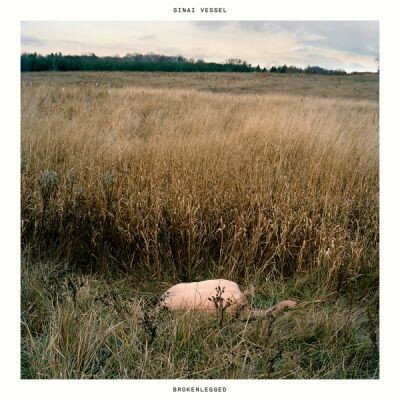 Sinai Vessel formed over the last several years, a gradual build from the early work of singer/guitarist Caleb Cordes to the fully-realized, collaborative effort that is the bands much-anticipated full-length debut, Brokenlegged. Recalling sounds that range from the painterly emo of The Appleseed Cast to the incisive story-songs of David Bazan, the band began in North Carolina in 2009 as project for Cordes. Those early years culminated in Sinai Vessels excellent 2014 EP, Profanity, a record that drew on the outsized drama of mewithoutYou; the canny, observational nuances of Pedro the Lion; the literary smarts of Bright Eyes early-00s golden era. A thoughtful yet energized early offering, the Flannel Gurl Records-released mini-album explored existential doubt, spiritual questioning, and hardnosed questions about code and community. Cordes flair for double and triple meanings is etched right there in the title  Profanity as the human experience in all its grit and realism; Profanity as a spiritually risky act of speaking. The EP itself offered its thoughts on both. *Tiny Engines