TRILION – ain´t no future with no past 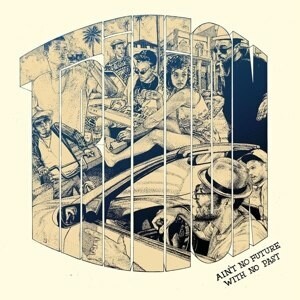 At the borders of rub-a-dub dancehall and experimental electronica you'll find the music of Trilion. This ramshackle Raggamuffin Israeli collective mutated from a collaboration between acid rock band 3421, the Easy Rider emcees and Ranking Levy from My Lord sound system. Their debut album No Future With No Past is a seamless fusion of sparse dubscapes, saw-toothed psychedelia and raw dancehall vibes. Trilion productions bubble through a myriad of unusual moods from blissful to threatening. By contrast the lyrics courtesy of Levy, General G, Yuta B, Mentor Irie, Guma Ranks and the exquisitely exuberant Miss Red are feisty and down to earth. Describing themselves as a "musical Caesar salad" Trilion's music, like their line-up, is in a constant state of flux. Splicing the strut-and-thrust of a sound system party with disruptive digital dystopia, No Future With No Past is reminder that everything is connected - and music opens the mind... *Scotch Bonnet