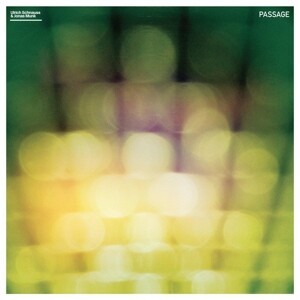 Second collaborative album from London-based synth-wizard Ulrich Schnauss and Danish producer Jonas Munk. 11 tracks of breezy, blissed-out electronica and colourful ambient. Sometimes their vivid, expansive soundscapes feels like the sonic equivalent of gliding towards the horizon through a panoramic landscape on a train. One's perspective changes slightly when in motion from one place to another - continuously approaching new things and leaving others behind. There's a prismatic, multi-dimensional quality to these 11 tracks, likely stemming from the fact that these two producers each have worked with a wide range of styles and musicians throughout their 15+ year careers: Ulrich cut his teeth as a drum and bass producer in Berlin, before releasing a string of highly influential neo-shoegazy records on labels such as Domino and City Centre Offices. Since moving to London in 2006 he's been a member of bands such as Engineers and Longview and Tangerine Dream. Munk initially became known via his Manual albums. They bothhave the skills of seasoned producers to weave the multitude of influences together in a well-defined sonic aesthetic. The result is a compelling set of melodic electronic music that echoes the past, yet feels fresh. *Azure Vista